The information below was taken from Covenant Funeral & Crematory’s Website

Muncie – Ronald Edward Peterson, 58, passed away at home in Chattanooga, TN. He was born to parents John and Mary, on November 23, 1957 in Laporte, IN.

He began his christian ministry in education, before his calling as a full time pastor for the remaining years.

Ron was preceded in death by his parents.

Visitation will be Tuesday December 29th at 10 a.m., and followed by the service at 1 p.m.

It will be held at Grace Baptist Church in Muncie, IN.

A memorial service will be held at Calvary Independent Baptist Church in Chattanooga, TN on January 3 at 2pm. 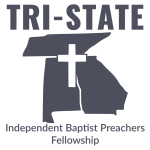